Ottawa, ON, June 15, 2016 – The Canadian Real Estate Association (CREA) has updated its forecast for home sales activity via the Multiple Listing Service® (MLS®) Systems of Canadian real estate Boards and Associations in 2016 and 2017.

Canadian resale housing market trends that defined 2015 have intensified. National sales activity and average prices reached new heights in the first half of 2016 amid a growing supply shortage of single family homes in British Columbia and Ontario, particularly in B.C.’s Lower Mainland as well as in and around the Greater Toronto Area (GTA).

Price gains in these regions stand in contrast to declines in provinces where economic and housing market prospects are closely tied to the outlook for the oil patch and other natural resource industries. Elsewhere, home prices are growing modestly, such as in Ottawa or Montreal.

Activity should begin to rebalance away from B.C. and Ontario, as supply shortages put upward pressure on home prices and constrain transactions even as housing demand remains strong in these provinces and interest rates remain low. Accordingly, sales activity over the second half of the year is expected to ease in B.C., Ontario and on a national basis.

Sales in Alberta, Saskatchewan and Newfoundland & Labrador are expected to struggle to regain traction this year, resulting in continuing softness for home prices. In most other provinces, home sales activity and average prices should improve as their economies strengthen and interest rates remain low.

Nationally, sales activity is forecast to rise by 6.1 per cent to 536,400 units in 2016. This would represent a new annual record, but remain below the peak reached in the 2007 after adjusting for population growth. (Figure A)

Elsewhere, sales are forecast to rise in Manitoba (+7.1 per cent), Quebec (+5.1 per cent) and Nova Scotia (+5.8 per cent), reflecting anticipated economic improvements in these provinces. In New Brunswick, strong home sales toward the end of last year and a weak start to 2016 is projected to result in a small annual decline in activity this year despite an anticipated improvement in its economic prospects.

In Saskatchewan and Newfoundland & Labrador, where housing market prospects are tied to the outlook for natural resource prices, annual sales activity is forecast to ease by four per cent and one per cent respectively this year.

Prices have continued to push higher in British Columbia and Ontario and sales in these expensive real estate markets have recently hit record highs. Accordingly, CREA’s forecast for the national average price has been revised upward to $490,700 in 2016, representing an annual increase of 10.8 per cent.

The forecast for Alberta’s average price has been revised upward and is now projected to eke out a small gain (+0.6 per cent) this year as the province’s supply of listings continues to be drawn down by sales activity. By contrast, average price is expected to ease in Saskatchewan (-1.4 per cent) and record a marked decline in Newfoundland & Labrador (-8.0 per cent).

In 2017, national sales are forecast to number 537,500 units, which is virtually unchanged (+0.2 per cent) from the forecast for sales this year. Activity in B.C. and Ontario is anticipated to remain strong but unable to match records set this year due to a combination of deteriorating affordability and a lack of supply.

Meanwhile, consumer confidence should begin to strengthen and begin drawing homebuyers off the sidelines in Alberta and Saskatchewan as oil prices improve and their economic prospects strengthen. This should contribute to a modest rebound in sales activity for these provinces in 2017.

British Columbia is projected to post an annual decline of 2.3 per cent in home sales in 2017, while annual sales in Ontario are forecast to edge back by 0.6 per cent in 2017.

By contrast, sales activity is forecast to continue rising in Manitoba, Quebec and Nova Scotia next year, reflecting further anticipated economic improvement in these provinces. Meanwhile, sales in Prince Edward Island are expected to remain near on par with record levels forecast for 2016, as the province’s economy continues to benefit from a lower Canadian dollar.

The national average price is forecast to remain stable (+0.1 per cent or +$400) to $491,100 next year, with modest price gains near or below inflation in most provinces.

Slower national average price growth in 2017 primarily reflects the effect of a projected slowdown in sales activity in British Columbia and Ontario. In these two provinces, luxury sales activity is anticipated to recede from current record levels, resulting in a decline in their share of total sales activity. An ample supply of listings relative to demand will continue to keep price gains in check in other provinces, although inventories have begun to shrink in provinces where supply had been elevated in recent years.

About The Canadian Real Estate Association 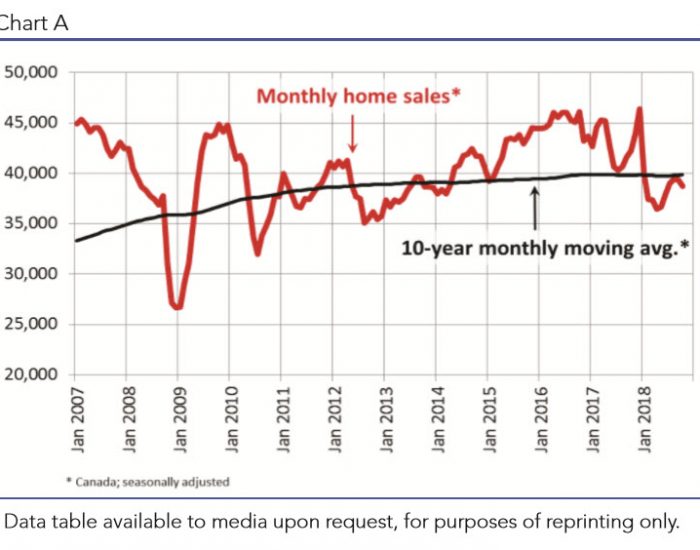 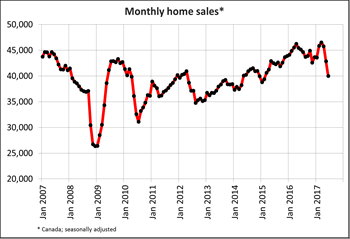 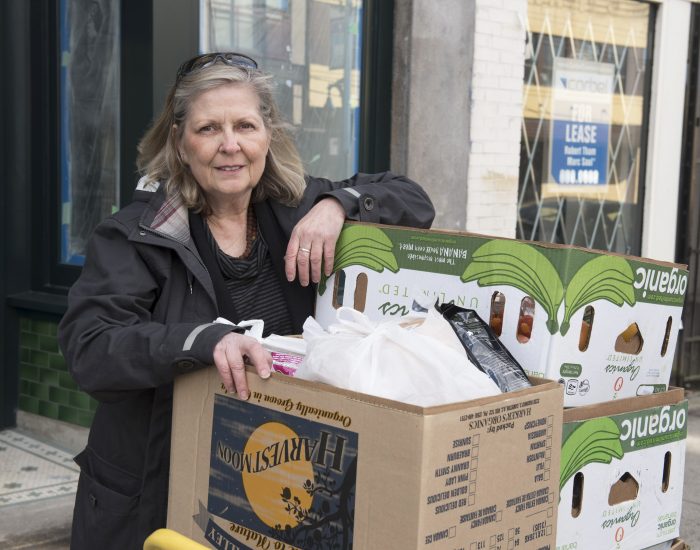